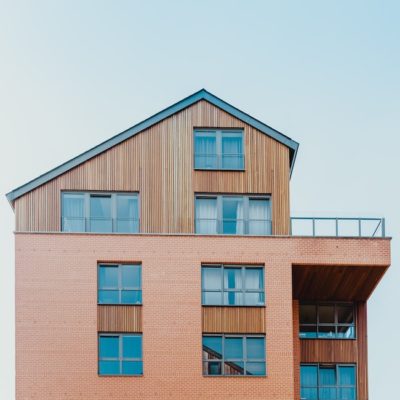 [The firm's dispute resolution team has represented the petitioner in the matter, views expressed are personal of the author.]

The Indian Stamp Act in Delhi provides for fixed stamp duty on instruments of transfer which release/relinquish the share of the transferor in favour of another existing owner; the issues relating to imposition of fixed stamp duty under Article 55 and not conveyance under Article 23 of the Indian Stamp Act, 1899 (Delhi)(conveyance/gift/sale deed attracts ad valorem rates on the market value of the property and current rates of stamp duty can be accessed here.

In its recent judgment, [1]the Hon’ble High Court of Delhi had the occasion to interpret and apply the test to determine when an instrument can be considered as a release/relinquishment deed.

To understand the distinction between the classification of instruments for the purposes of imposing stamp duty, lets us first acquaint ourselves with the facts of the case.

Upon presentation, the sub-registrar invoked the provisions of Section 33 of the Indian Stamp Act, 1899 and impounded the instrument/deed and referred the it to the Collector of Stamps(SDM, Delhi) under Section 38 of the Indian Stamp Act, 1899 for assessment of stamp duty on the ground that the relinquishment deed executed by co-owner son in favour of the Petitioner was a gift deed and hence the instrument was insufficiently stamped.

This order of sub-registrar was impugned before the Hon’ble High Court in a petition under Article 226 of the Constitution of India. The Hon’ble Court held inter alia the instrument is a deed of release/relinquishment and not conveyance/gift deed.

The Court referred and exhaustively analysed the precedents on the issue by various High Courts and concluded that renouncing claim in favour of another co-sharer in respect of the same property/land would constitute a release deed and not a gift deed.

The Court relied on the judgment of the full Bench of the Hon’ble High Court of Andhra Pradesh in “The Board of Revenue, Hyderabad v. Validity Ram Krishnaiah”[2], the full bench fruitfully referred to the observations of the Hon’ble Supreme Court wherein it was observed that a release deed could only feed title, but could not transfer title and that renouncement must be in favour of a person who had already title to an estate, the effect of which was only to enlarge the right.

In a recent judgment[4], the Hon’ble High Court of Delhi observed that the releasee should also have a legal right in the property and the release deed would operate to enlarge that right. The Court further held that the share cannot be released in favour of one who has no rights in the property as a co-owner.

After careful perusal of all the judgments, the Hon’ble Court devised a test to determine when an instrument can be considered as a release/relinquishment deed. The constituents of the test are as follows:

1.True intent: The nomenclature used to describe the document or the language which the parties may choose to employ in framing the document, is not a decisive factor. What is decisive is the actual character of the transaction intended by the executant intention;
2.Determination of the nature of the document is not a pure question of law;
3.No effect on transaction: Where a co-owner renounced his right in a property in favour of the other co-owner, mere use of word like “consideration” and “transfer” would not affect the true character of the transaction;
4.Intention of release deed: Intention of Release Deed is the relinquishment of the right of the co-owner;
5.Co-Ownership: It need not be only through inheritance, but can also be through purchase;
6.Relinquishment of right: Where the relinquishment of the right by the co-owner is only in favour of one of the co-owners and not against all, the document would be one of Gift/Conveyance and not of “release”.

The judgement settles the vexed issue where relinquishment/release deed are impounded under the Indian Stamp Act, 1899 and referred for assessment of deficient stamp duty.