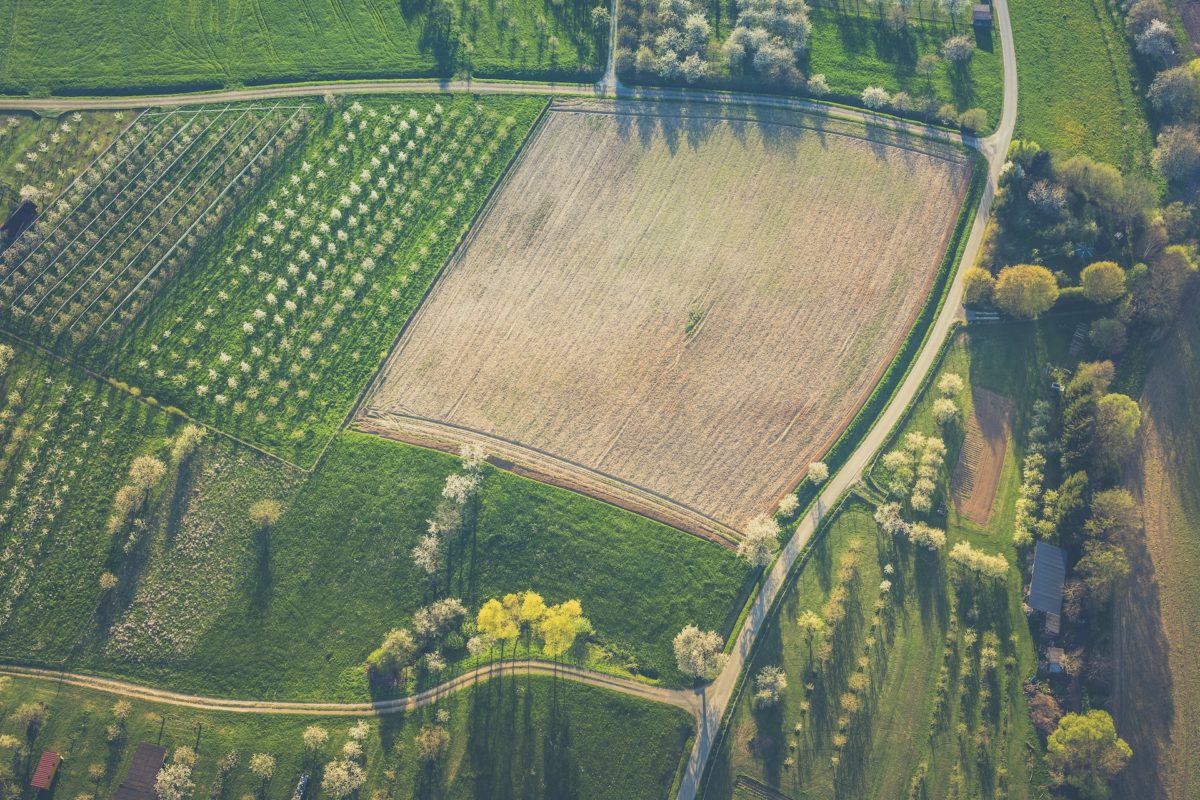 It is known that with the coming into effect of the Right to Fair Compensation and Transparency in Land Acquisition, Rehabilitation and Resettlement Act,2013 (“LARR Act, 2013”) on 01/01/2014, came a controversial provision, i.e., Section 24(2) of the LARR Act, 2013. As per the said provision, if the Award was passed 5 years prior to coming into effect of the New Act and either compensation was not paid or physical possession of the Land was not taken, then the acquisition would be deemed to have been lapsed.

It is notable that the 1894 law was a pre-constitution and pre-independence legislation enacted by the British for serving its own purpose i.e. to be able to appropriate properties of natives quickly and without any judicial or legal recourse to the landowner/occupant to challenge the acquisition. The compensation amount under the Old Act,1894 was also a meagre amount. The expropriatory and exploitative legislation, finally came to be repealed and replaced by the New Act,2013 i.e., The Right to Fair Compensation and Transparency in Land Acquisition, Rehabilitation & Resettlement Act, 2013.

The Hon’ble Supreme Court firstly considered the interpretation of Section 24(2) in its first Judgment in Pune Municipal Corporation & Anr. vs. Harakchand Misrimal Solanki & Ors. (2014) 3 SCC 183, wherein the Court interpreted and clarified the meaning of the word “paid” used in the definition.

Further, another the significant difference is the use of the prefix “physical” before possession in the definition of Section 24(2) of the New Act, 2013. While the term physical possession has been explained by the Hon’ble Supreme Court in various Judgments starting from Banda Development Authority v. Moti Lal Agarwal(2011)5 SCC 394, although it did not find mention in the Land Acquisition Act, 1894.

The Hon’ble Supreme Court thereafter had the occasion to analyse the provisions of LARR Act, 2013 in the matter of Indore Development Authority v Shailendra (dead) through Lrs. &Ors.2018 SCC Online SC 100 declared Pune Municipal Corporation (supra) to be per incuriam.

“Taking all this into consideration, we are of the opinion that it would be appropriate if in the interim and pending a final decision on making a reference (if at all) to a larger Bench, the High Courts be requested not to deal with any cases relating to the interpretation of or concerning Section 24 of the Right to Fair Compensation and Transparency in Land Acquisition, Rehabilitation and Resettlement Act, 2013…”

The Constitution Bench of the Hon’ble Supreme Court rendered it’s judgment on Indore Development Authority vs. Manoharlal & Ors. SLP (C) Nos. 9036-9038 of 2016 and analysed and explained the interpretation of Section 24 of the LARR Act bringing a quietus to the matter by settling down the scope and interpretation of the provision.

The Judgment has clarified the meaning of ‘dead and stale claims and concluded case’. This was imperative in view of the fact that there was much confusion as to what would be construed as barred and stale claims considering the fact that if the land owners had been litigating over the years under the Old Act,1894 and had ultimately succeeded, it would only be in rare circumstances that when acquisition had been quashed under the Old Act, the landowner would come forward to voluntarily offer his land and get compensation under the LARR Act,2013. The other category of cases would be of landowners, who were never offered or paid compensation, however did not choose to come forward challenging the acquisition under the Old Act. By virtue of the coming into effect of the New Act and a fresh right accruing in favour of the landowners, some of them chose to come forward seeking declaration for lapsing or compensation under the LARR Act, 2013.This led to multiple litigations across the various High Courts in the country which led to explosion of claims.

In some Judgments by the Hon’ble High Court of Delhi, such cases have been declared to be barred by delay and laches. The Constitution Bench has clarified as under:

“…359. We are of the considered opinion that Section 24 cannot be used to revive dead and stale claims and concluded cases. They cannot be inquired into within the purview of Section 24 of the Act of 2013. The provisions of Section 24 do not invalidate the judgments and orders of the Court, where rights and claims have been lost and negatived. There is no revival of the barred claims by operation of law. Thus, stale and dead claims cannot be permitted to be canvassed on the pretext of enactment of Section 24…”

It appears from a bare reading that stale and barred claims would mean to be claims which have been lost and been negatived in earlier Judgments passed by the Courts.

The significant interpretation which has been brought about by the Constitution Bench is in fact that the word “or” used in Section 24(2) would now mean to be read as “and” or “nor”, which would mean that for the deemed lapsing to happen under the provision of Section 24(2), the Award should be passed 5 years prior to coming into effect of the New Act and further, the possession of the land should not have been taken nor the compensation should have been paid.The proviso provided is to be treated as part of Section 24(2) and not part of Section 24(1)(b) which therefore, also brought in additional stipulations which have to be mandatorily applied to test whether the claim of the landowner is governed by Section 24(2) of the LARR Act,2013.

The other critical aspect which was raised and answered in favour of land owners was the consequence of non-deposit of compensation before the reference Court as well as the interpretation of tender and paid in context of payment of compensation to landowners.

The Constitution Bench analysed and concluded that the consequence of non-deposit of compensation would lead to the proviso where it has been provided in case, the compensation has not been deposited with respect to majority of land holdings then all beneficiaries (landowners) as on the date of notification for land acquisition under Section 4 of the Act of 1894 shall be entitled to compensation in accordance with the provisions of the Act of 2013.

Hence, I would argue that the onus would be on the State to demonstrate that the compensation qua majority land owners has been deposited. However, the land owners approaching the Court would have to also demonstrate how the landowner was the beneficiary as on the date of Notification under Section 4 of the Old Act,1894. This in effect would preclude all claimants who lay their claim basis alleged transfers of title from the recorded owners who may have acquired title through General Power of Attorney/Agreement to Sell etc.

Further, the Constitution Bench has clarified:

“…In exceptional cases, when in fact, the payment has not been made, but possession has been taken, the remedy lies elsewhere if the case is not covered by the proviso. It is the Court to consider it independently not under section 24(2) of the Act of 2013…”

Thus, if the State is able to demonstrate that compensation qua majority land owners has been deposited, then the case would not be construed to be within the purview of Section 24(2) of the New Act, 2013 even though the owner of the land holding in question was not paid compensation. Therefore, the effect thereof would be that the personal claim of a land owner would only arise if majority of the landowners have not been paid. The legislative intent of adding such a proviso was to ensure that if majority landowners have received compensation then the acquisition proceedings would not be held up due to claims by minority land holders.

Further, the Hon’ble Supreme Court in Indore Development (supra) has clarified the meaning of possession:

“…362. Resultantly, the decision rendered in Pune Municipal Corporation &Anr. (supra) is hereby overruled and all other decisions in which Pune Municipal Corporation (supra) has been followed, are also overruled. The decision in Shree Balaji Nagar Residential Association (supra) cannot be said to be laying down good law, is overruled and other decisions following the same are also overruled. In Indore Development Authority v. Shailendra (Dead) through L.Rs. and Ors., (supra), the aspect with respect to the proviso to Section 24(2) and whether ‘or’ has to be read as ‘nor’ or as ‘and’ was not placed for consideration. Therefore, that decision too cannot prevail, in the light of the discussion in the present judgment….”

While bringing a quietus to the core issue with a detailed Judgment, one issue would require further analysis as to the effect of the Judgement on decided matters, pointedly those in which even the Review Petitions filed in the Hon’ble Supreme Court have been decided